Last week I was on holiday in Prague, mainly to meet my family there. It was a nice week, although Kreslice (where we stayed) was a bit too far from the centre and the weather was not that nice (the first day was about 30 degrees, but after that it became colder and it started to rain).

But anyway, I was both happy to see my family again, and to relax for a week after 7 exhausting weeks of working hard combined with moving to my new apartment (as of this week, I just have to work hard again :)). 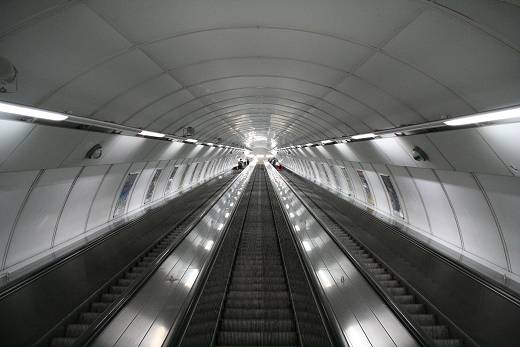 Electric stairs to the subway

In total I already took 793 pictures with my new camera. Quite a lot in just two weeks. Martijn was right when he said that I’d take more pictures than with my old camera, and I’m very happy that he lend me his X-Drive.